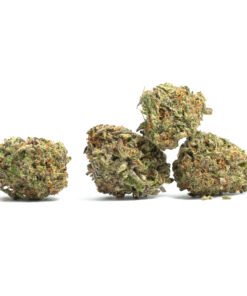 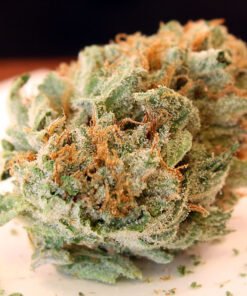 God’s Gift is most certainly a gift from above. This strain is extremely relaxing and produces a strong all-over high due to its high THC levels. This indica will instill a sense of peacefulness in you that will just make you sink into your couch to enjoy the warmth of the company around you.

This strain is very good at making you feel happy and giddy, and in many cases will make you break out into the giggles. You will feel smiley and subdued and often this will result in God’s Gift making you feel sleepy. This means that falling asleep on the couch can and should be expected after smoking a little of this bud.

God’s Gift Marijuana Strain became popular in California dispensaries in 2005, God’s Gift contains flavors of grape, citrus, and hash. Its parents are Granddaddy Purple and OG Kush. No matter what your belief system, this strain is a “gift” with its dreamy, blissful effects.

Much like the big man himself upstairs; there is a large cloud of mystery over God’s Gift Marijuana. It’s unclear where the strain came from and what year it was first bred. An abundance of growers have named their strains God’s Gift, so it’s hard to narrow down exactly where the original strain came from. 1994 is the first year it was thought to have been made and it became popular almost a decade later in 2005. What is known about this strain is that it is bred from Granddaddy Purple Indica and OG Kush hybrid.

This flower tends to get quite potent, often featuring between 18 and 22 percent THC. Though, levels of the psychoactive are known to reach the high twenties. For this reason, God’s Gift is not recommended for beginners. In fact, even veteran cannabis consumers may find themselves a little slowed down by this intoxicating bud.

The aroma of this strain is strongly reminiscent of the heritage of Granddaddy Purple. Beautiful purplish leaves are covered with a sparkling layer of dense white crystals, making it a strain that cannabis enthusiasts desperately want to show off. A sweet grape taste often reaches the nose, but the scent lies on a bed of an earthy hashish smell. It is known that God’s gift produces a high proportion of terpenes (aroma molecules), myrcene and linalool. Myrcene has a musky base, while linalool exudes a flowery lavender scent.

This is a very popular medical strain, and much of it is due to its consistency in helping ease many minors and major ailments. God’s Gift is therefore truly a godsend and many patients and doctors will agree. This strain is very good at treating stress and putting the patient in a state of relaxation that is hard to achieve without prescription medication. The most common disorders that are treated with this strain are;

God’s Gift medical cannabis can reach THC levels of up to 27 percent.  This makes it an effective treatment for pain. In US states which allow psychoactive medical marijuana, God’s Gift medical cannabis can be used to treat many pain related conditions.  This may include arthritis, chronic pain, acute or intractable pain, fibromyalgia, sickle cell, and inflammatory bowel disease. Conditions of inflammation can also be treated with medical marijuana.  This may include conditions like Crohn’s disease, Multiple Sclerosis, ulcerative colitis, and joint inflammation

There are no reviews yet.

Be the first to review “God’s Gift” Cancel reply